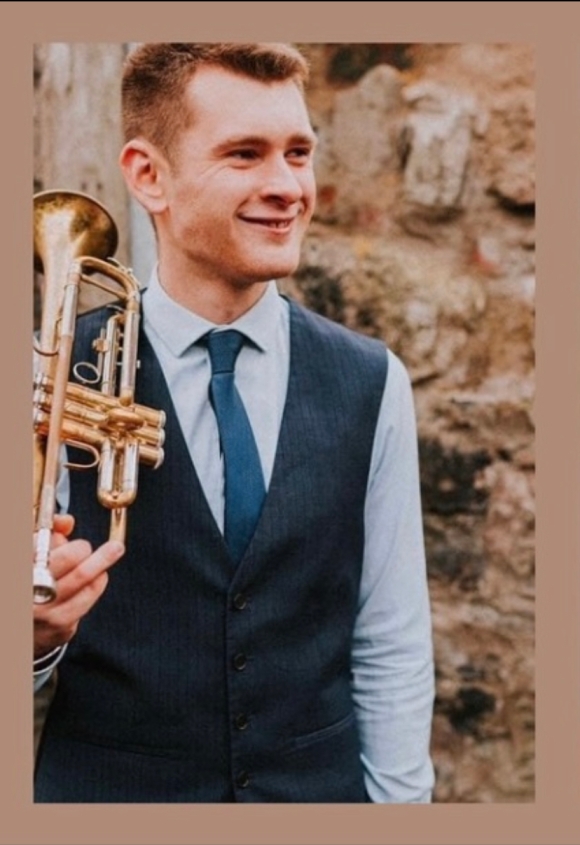 Daniel Hall is a multi-award winning composer & arranger whose works have been performed by some of the country’s leading ensembles, including the BBC National Orchestra of Wales, Orchestra of the Royal Opera House, A4 Brass Quartet, Tredegar Town Band, Orchestra of Opera North and the National Youth Orchestra of Great Britain.

Daniel grew up in a small village called Bugle in mid-Cornwall, England. Daniel attended Poltair School before undertaking his A-Levels at Truro and Penwith College. At the age of 16, he was offered a scholarship to study at the South West School of Music and at 17 he was awarded a scholarship and placement on the National Youth Orchestra of Great Britain’s Young Composer Course.

Daniel moved to Cardiff at the age of 18 to study contemporary composition at the Royal Welsh College of Music & Drama in 2015.

Whilst at college, Daniel wrote the set test for the National Youth Brass Band Championships of Great Britain “Smoke Sketches”, the set test for the European Youth Brass Band Championships “Sanctuary!” and in 2019 won the 7th European composers competition in Montreux, Switzerland for his brass band composition “A Dialogue of Transmogrified Souls…”. He was asked to compose two fanfares for RWCMD, the first for the college’s principal, Dame Hilary Boulding, and the second for the college’s president, Prince Charles, to mark his 70th birthday, which Daniel conducted.

As a performer, he helped form the riot jazz band 3DBrass as trumpet player and arranger, Prestige 6 Orchestra as conductor and arranger and Year of the Dog whom feature as the swing band on Netflix’s original series “Sex Education“, of which he performed and recorded on seasons 1-3.

Since graduating from the Royal Welsh College of Music & Drama in 2019 with first class honours in contemporary composition, Daniel continues to work in high demand as a composer, arranger, orchestrator and conductor. Recently he has worked with Brass Band Treize Etoiles for their contest appearance at the 2021 Swiss National Brass Band competition, commissioning him to write “Glitch”, an 18 Minute work for brass band & percussion.