Llwydcoed Brass Band are a Brass Band based in Llwydcoed a small village north of Aberdare.

Llwydcoed Brass Band has recently had a very successful few years of competition in banding which has seen us rise through the sections to Championship section status locally and nationally from 2015.

Llwydcoed Band are pleased to announce we have recently secured Charitable Status (Reg No: 1190667). This will help increase the bands fund raising capabilities and will put the band on a firmer footing going forward.

We will shortly be re-launching our Patrons Scheme, anyone interested in joining the scheme please email llwydcoedband@hotmail.com  For a yearly donation of £20, not only will you be helping secure the long time future of the last remaining Brass Band in the Cynon Valley, but you will also receive 1 free ticket to our annual Summer Concert, regular updates on the bands activities / successes and the opportunity to attend a rehearsal leading up to one of the major band contests we will be preparing for.

LLWYDCOED BAND ARE GOING TO THE ROYAL ALBERT HALL 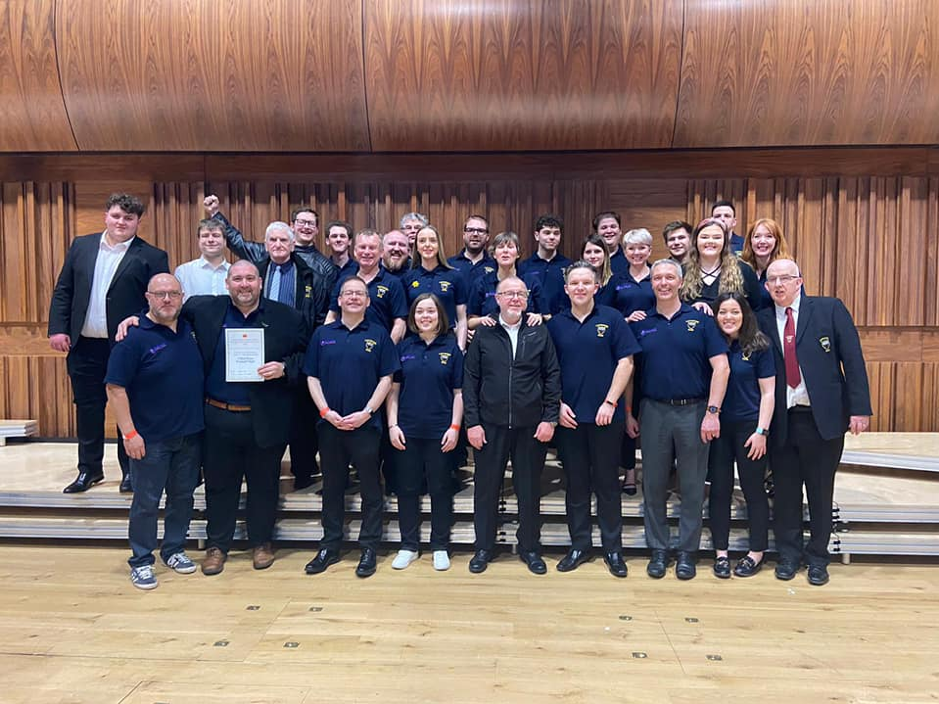 (Members of Llwydcoed Band celebrating after qualifying for the National Championship of Great Britain, back on March 1st 2020 at the Grand Hall, Swansea University Campus)

(Band Chairman, Kevin Johnson, receiving 3rd placing award and the invitation to compete at the National Championship of Great Britain)